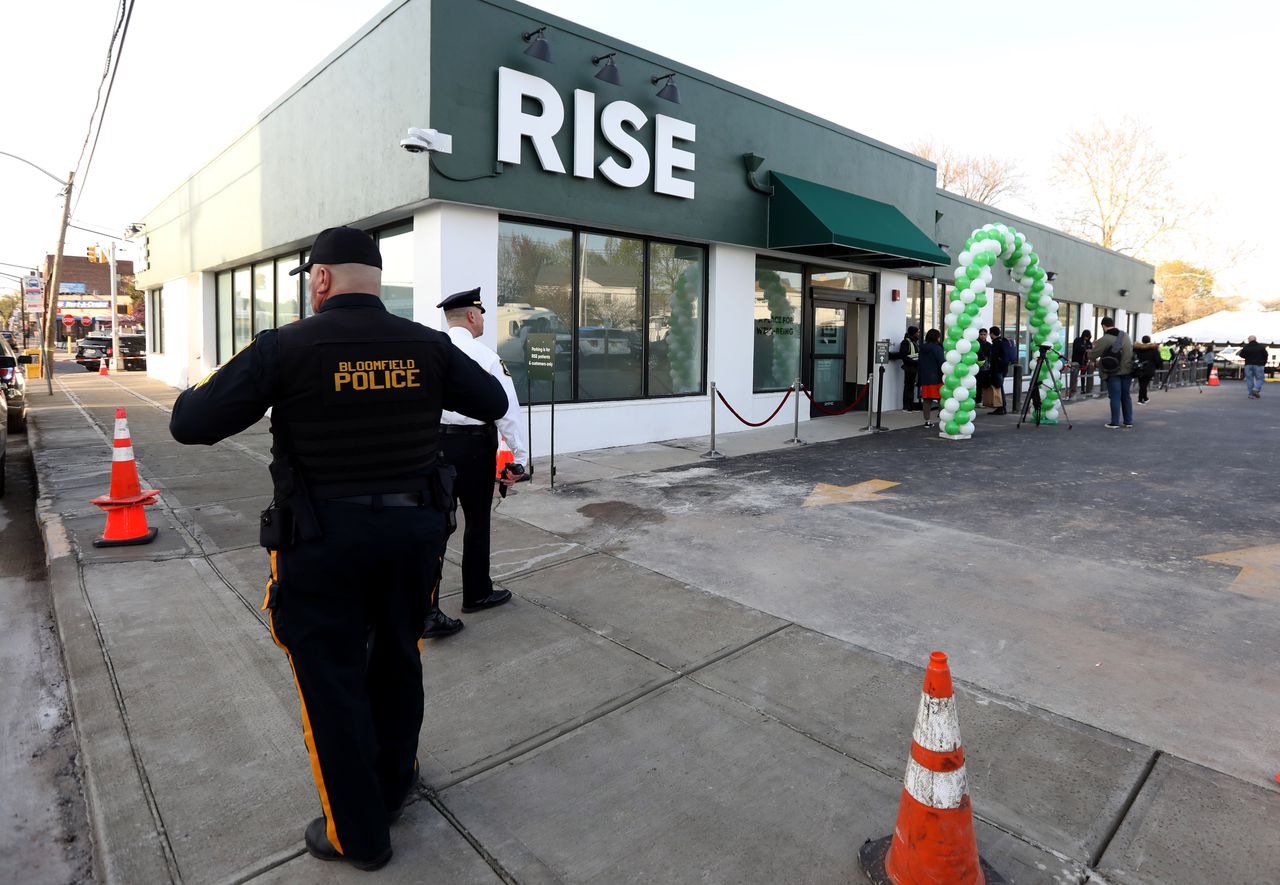 The sale of recreational marijuana began just over a week ago in New Jersey and already public officials are facing issues, including whether law enforcement officers and other crucial employees should be allowed to smoke or use weed on their own time.

The confusion started two weeks ago when the state’s top law enforcement official warned local police chiefs that they could face lawsuits for punishing cops for off-duty marijuana use under the current state law.

In a memo sent April 13, acting state Attorney General Matthew Platkin reminded police chiefs and directors about the details of the Cannabis Regulatory, Enforcement Assistance, and Marketplace Modernization Act Gov. Phil Murphy signed into law. Departments “may not take any adverse action against any officers because they do or do not use cannabis off duty,” he wrote. Murphy signed the law after voters approved a constitutional amendment in November 2020 allowing the regulated sale of cannabis products to people 21 and older.

But the state’s association of police chiefs and some big-city mayors balked, arguing there should be an exemption for law enforcement officers, especially because there is no reliable way to test if someone is under the influence of marijuana on the job.

“The water is pretty murky and we don’t want anybody to be the test case,” said Patrick Colligan, the president of the New Jersey State Policeman’s Benevolent Association, the state’s largest police union.

Colligan said he’s advising his members to hold off on partaking until the legal issues are sorted.

In response, some state leaders find themselves scrambling to figure out what to do next since the law does not address issues of cannabis use and work issues.

“It’s far more complicated than any of us envisioned when we brought this proposal,” state Sen. Troy Singleton, the Senate majority whip, said in an interview, acknowledging that lawmakers did not consider exceptions for certain professions when they passed the law.

The crux of the issue is twofold: New Jersey has legalized cannabis, downgrading it from a prohibited substance to something you can buy at a dispensary. Yet it’s still a schedule 1 controlled dangerous substance under federal law, which could make it especially dicey for New Jersey cops seeking a firearms license under federal rules that disallow users of such substances from having access to guns.

Secondly, a breathalyzer test can tell whether you’ve recently imbibed alcohol, but the best available tests for marijuana can only determine whether you’ve indulged in the past two weeks, they cannot determine if you are high right at the time of the test.

That means departments have no reliable way to tell if officers are high on the job or whether they are testing positive because they used cannabis more than 24 hours ago or even a few days ago.

The problem is not unique to law enforcement. Experts and public who spoke to NJ Advance Media cited a host of other jobs that could be affected by the uncertainty in the law, including airline pilots, heavy machine operators and firefighters.

Just imagine what would happen “if you were going in for a medical procedure, and you didn’t know if your surgeon was smoking two hours ago or two weeks ago,” said Jersey City Mayor Steve Fulop.

“You don’t have those same types of tests, which is what the problem essentially is, and why it’s a different standard than alcohol with regards to certain professions,” Fulop said.

That led Fulop to announce on April 20 that police officers in his department could face discipline or termination for using marijuana. A directive from the city’s public safety director, James Shea, said that guidelines from the federal Bureau of Alcohol, Tobacco, Firearms and Explosives were explicit that marijuana users can’t legally obtain firearms permits.

MORE: ‘I’ve been waiting for this for 20 years…’ Legal recreational weed makes historic debut in N.J.

Singleton, the Senate majority whip, told NJ Advance Media it’s important that agencies overseeing people with essential jobs be able to enforce whatever internal standards they have to make sure people aren’t inebriated on the job.

“Every agency has work rules, especially those in emergency services, as to the condition they have to present themselves in when they show up for work,” he said.

Singleton and his Democratic colleagues penned a letter to Platkin seeking clarity after he sent his warning note to police chiefs.

Platkin responded with his own letter, a copy of which was obtained by NJ Advance Media, saying that because of how the Legislature wrote the law, prohibiting off-the-job marijuana use for any employee was “a question for the courts to decide.”

“I would urge you to consider, in your role as legislators, whether to amend the law to clearly allow law enforcement agencies to proscribe the off-duty use of regulated cannabis by those upon whom we rely to keep us safe and to whom we entrust the use of firearms,” Platkin wrote.

State Assembly Majority Leader Lou Greenwald, D-Camden, said he plans to introduce a bill that would bar police officers in New Jersey from using weed off-duty or at least to explore the issue.

“I’m hoping to get a good dialogue going,” Greenwald told NJ Advance Media. “The more we talk about this, the better we’re going to be.”

Assembly Speaker Craig Coughlin, D-Middlesex, said “we should probably have a hearing” on the measure.

“If the very people who enforce our laws in New Jersey are concerned about the many legal ramifications for recreational pot use by their members, it should give us all pause,” Testa said. “Federal law precludes a user of marijuana from owning a gun. That is something that the legalization proponents likely never considered.”

Fulop said the city has already dealt with this issue with regards to employees who had prescriptions for medical marijuana, which has been legal in New Jersey for years. It’s an issue that isn’t limited to police.

But the law remains murky, even in states that have legalized weed. Experts and advocates in Massachusetts, which legalized marijuana in 2016, said the question of police officers using cannabis remains an open question. Other states, such as Colorado, have addressed it piecemeal. In Colorado Springs, for example, cops are prohibited from using cannabis.

In a statement Friday, Platkin insisted he was simply following the law, saying that his April 13 memo “does not in any way go beyond the plain text of the statute as written or the regulations that the Cannabis Regulatory Commission has issued to date, nor does it reflect a policy position I have taken.”

“In my capacity as New Jersey’s chief law enforcement officer, public safety is my top priority,” Platkin said. “To be clear, I share the concerns being expressed by some elected officials, legislators, and others with regard to the off-duty use of legal cannabis by police officers.”

Platkin said he would ”welcome conversations on how best to protect public safety” but that “efforts by local governments to subject officers to additional requirements in the interim, however, may present employment law issues that we anticipate will be handled between those governments and officers in the appropriate course.”

Gov. Phil Murphy has said he’s open to legislation to prohibit officers from using weed off-duty, but he also stood by Platkin’s memo in the meantime, saying it “describes the law quite faithfully.”

Still, state Senate President Nicholas Scutari, one of the architects of New Jersey’s legalization effort, said last week that such a ban could prove a slippery slope.

“At this point in time, I don’t want to start treating people individually differently on what they do on their own time,” Scutari, D-Union, said.

Our journalism needs your support. Please subscribe today to NJ.com.

S.P. Sullivan may be reached at ssullivan@njadvancemedia.com.

Brent Johnson may be reached at bjohnson@njadvancemedia.com. Follow him at @johnsb01.