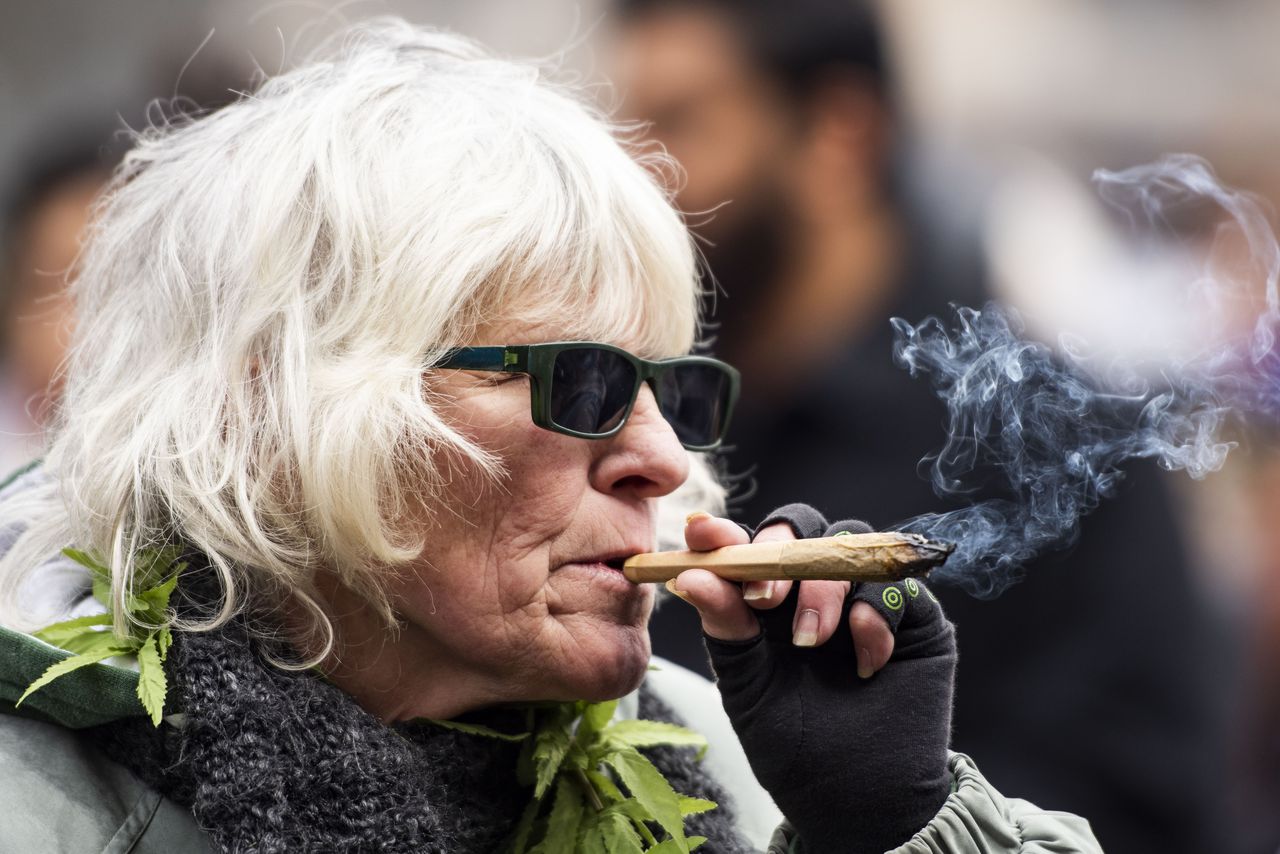 MUSKEGON, MI – A carnival-themed marijuana consumption event is coming to Muskegon’s downtown arena this summer, followed by a second, fall event at the city’s baseball field.

The Canna Carnival, with carnival rides and games and cannabis edibles and smoking, is planned for Aug. 20 inside and outside the Trinity Health Arena.

The Falling Leaves Festival marijuana consumption event will be Sept. 24-25 at the city’s Marsh Field on Laketon Avenue.

Both events were approved Tuesday, April 26, by the Muskegon City Commission, which has enthusiastically embraced the cannabis industry.

“These sorts of events are not new to us,” said Muskegon City Commissioner Michael Ramsey. “We do consumption events all the time – they’re just done with alcohol, and marijuana now is just as legal as alcohol.”

The events are organized by Exspiravit, a West Bloomfield company. Michael Webster, founder and managing member of Exspiravit, praised city leaders and staff for their welcoming “openness and transparency,” saying other communities could learn a lot from Muskegon’s hospitable embrace of the marijuana industry.

“This has been, I won’t call it a rolling out of the red carpet, but it’s tantamount to that,” said Webster, who explained that he can’t get officials in other communities to even return his phone calls.

The Canna Carnival will feature “various methods of consumption” – including marijuana-infused popcorn and cotton candy — along with a “theme of nostalgia,” according to a description provided to commissioners.

It will feature a “time-travel worthy return to some of the 80s & 90s most iconic entertainment,” including such video arcade games as Donkey Kong, Ms. Pacman and Frogger; face painting; a DJ; carnival games and carnival rides.

Smoking will not be allowed inside the arena, but an outside smoking area likely will be blocked off between the arena and the VanDyk Mortgage Convention Center, Jacqui Erny, an administrator with the city’s public works department, told commissioners.

A carnival ride area in the arena’s rear parking lot along Shoreline Drive will be fenced off, she said.

Diners at arena restaurants, Rad Dads’ Taco & Tequila Bar and the soon-to-open Carlisle’s, will be shielded from the marijuana event, Erny said.

City police and fire officials have toured the arena with representatives of Exspiravit to work out security and safety details, Webster said.

Details of the fall festival at Marsh Field are still being finalized, but it’s expected that activities will occur away from the ball diamond with marijuana consumption occurring under a large tent, Erny said.

The Falling Leaves Festival is expected to include hayrides, cider and donuts, arts and crafts, live music, scavenger hunts and such games as sack races and tug of war, according to a description provided by Exspiravit.

Commissioner Eric Hood cast the only vote against the marijuana events, though Commissioner Teresa Emory was absent.

Hood said he was opposed to the event at Marsh Field because he doesn’t think that’s an appropriate venue. He voted against using the field as a consumption event location earlier, though he did vote in favor of using the arena, previously known as the L.C. Walker Arena.

However, Hood praised Exspiravit, as did Vice Mayor Willie German Jr., for being a Black-owned business seeking social equity in the cannabis industry.

“I think if it’s done correctly and strategically, these types of events can be successful,” German said.

Mayor Ken Johnson praised Exspiravit’s interest in hosting local expungement clinics to help those previously convicted of marijuana offenses clear their records. Webster said he is planning to work with the Grassy Knoll dispensary in Muskegon on an expungement clinic.

“We are committed to making this a Muskegon event,” Webster said. “We are not carpet baggers or interlopers coming in to take advantage of an opportunity. We are here to build something locally.”

Commissioner Rebecca St. Clair added her support for the expungement clinics as well as the festivals, saying marijuana has been “villainized” for years and she wants to be “part of the process of undoing some of that stigma.”

“In Muskegon, we have made the choice to be a marijuana-friendly community, and I believe that involves whatever opportunities are available to the community members and the entrepreneurs who are trying to make a good living at this,” St. Clair said.