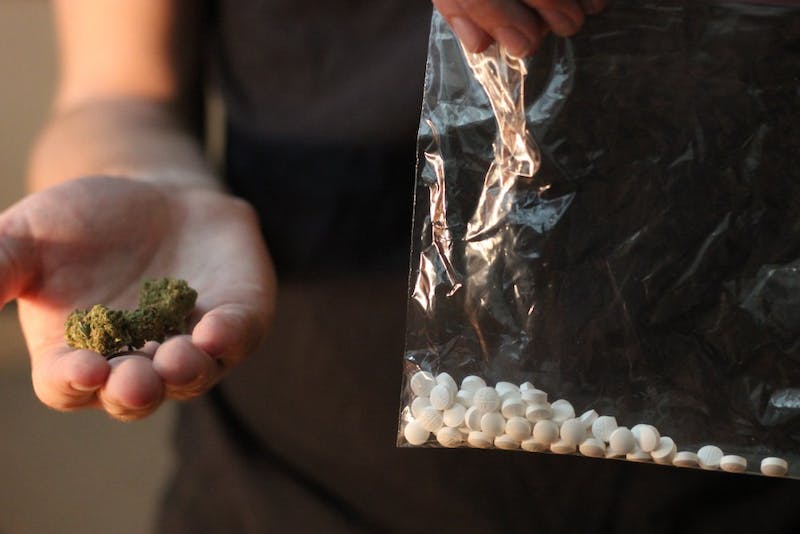 Weed, pot, grass, herb, flower, marijuana and cannabis. Whether grown, bought, sold, smoked or ingested, there are myriad ways to reference one of the most widely-used drugs in the world.

Currently, cannabis is prohibited for most uses, except for some medicinal exceptions, in North Carolina. Depending on the amount possessed, the illegal possession, distribution and cultivation can result in either a misdemeanor or a felony.

The words decriminalization and legalization are often incorrectly used interchangeably when people speak about legislation surrounding the drug.

Decriminalization refers to loosening criminal penalties related to marijuana usage from a personal standpoint. This does not include the manufacturing and selling of marijuana — both of which are still illegal.

Simply put, decriminalization means individuals caught in the possession of marijuana will be imposed with civil fines rather than criminal charges.

Legalization is the lifting of laws that ban the possession and personal use of marijuana. This would remove the civil fines charged under decriminalization. The legalization of marijuana allows the government to regulate and tax marijuana use and sales.

Historically, the state has worked to pass legislation that would legalize the use of medical marijuana. However, none have yet been successful. In 1997, House Bill 1325 was passed to decriminalize cannabis possession. Medical legalization bills have failed in the past, particularly in the years 2015, 2017 and 2019.

Proponents for the legalization of marijuana argue that allowing its manufacturing and sale can remove the substance from the hands of criminals, those who illegally manufacture and sell it.

The manufacturing and sale can also provide a new stream of revenue. Not only does the legalization of marijuana help the economy, the regulation of sales allows for the product to be safer for consumers by taking away the ability for those who sell the drug to lace their products.

Decriminalization is the first step toward legalizing marijuana.

Medical marijuana, currently illegal in the state, is recommended by a doctor for the treatment of a medical condition. The most common uses for marijuana as a medical treatment is for pain control.

Marijuana is a good form of treatment as it is more favorable than opiates, because it is far less addictive and nearly impossible to overdose on. It is also more favorable than painkillers, such as Ibuprofen and Tylenol, as it does not cause damage to the kidneys and liver.

This is only a brief survey of some of the many uses of medical marijuana. As it continues to be legalized throughout the states, more research is being conducted to see where it can be used, such as with patients who experience chronic pain or for veterans who suffer from post traumatic stress syndrome.

Legalizing marijuana isn’t a new idea: 39 states, plus Washington D.C. have passed legislation for the legalization of medical marijuana, with some legalizing it for recreational use as well. It may be time for North Carolina to join that list.

While many might continue to hold reservations against the legalization of a substance that is considered an illicit drug, cannabis continues to be evaluated for its usefulness. In the meantime, people can work to educate themselves on the benefits legalization can bring to the economy and to those who may suffer pain-inducing conditions.

It’s time to legalize something that is already used commonly for recreational and medical purposes, allowing for sales and distribution to be regulated rather than attempting to control actions through criminal offenses or civil fines.

If you wish to participate in the discussion, call local legislation and voice your opinion so that legislation may finally be passed in North Carolina.

To get the day’s news and headlines in your inbox each morning, sign up for our email newsletters.