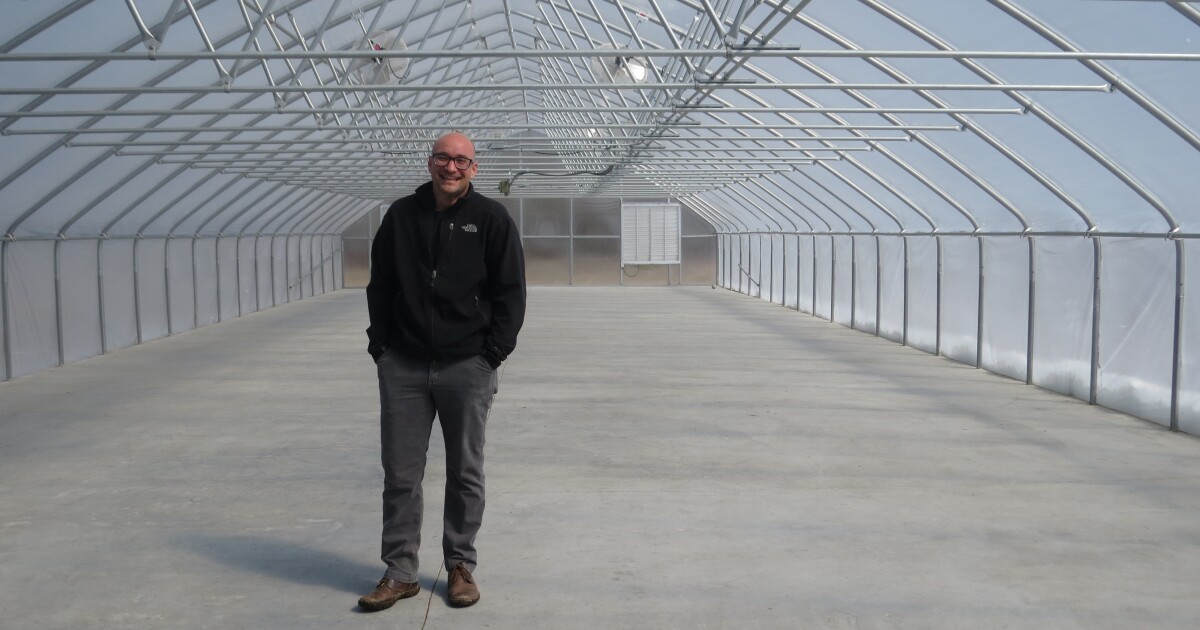 As the Northeast shakes off – hopefully — the last of the winter weather, 52 New York farmers are gearing up to produce the state’s first recreational marijuana plants.

On an overcast April morning, Nightshade Farm owner Phil Spinelli is pushing open the large doors of an empty greenhouse.

With the air still chilly following 6 inches of snow the farm got days before, it’s already warmer inside the plastic-covered room with cement floors.

“We are still in the planning phase. It’ll take us a few weeks to come online, but every day we make leaps and bounds,” he said. “This is agriculture at the end of the day, as far as I’m concerned. And so there’s just the planting and the field work – that’s the fun part. There’s a lot of setup to that and a lot of planning, so that’s really what we are focusing on now.”

New York had been slowly moving towards legalization in recent years. Governor Hugh Carey first decriminalized marijuana in 1977, making possession of up to 25 grams – or about 20 to 30 joints – a violation similar to a traffic ticket and punishable with a fine. By 2014, Cuomo legalized medical marijuana for a select number of ailments.

Like a lot of other legislation, the legalization movement stalled during the COVID-19 pandemic until it passed last year.

Spinelli says it was largely received as good news for farmers.

“It’s front and center for everyone. And so, yes, sure, we’re in contact with lots of farms and I think everyone’s excited to have a chance to become part of this program.”

Governor Kathy Hochul announced the first 52 approved licenses on April 14th. Among other requirements, prospective farmers must have grown and harvested cannabinoid or “CBD hemp” for two of the last four years and are limited in the size of the greenhouse and outdoor space to grow the plant.

With all eyes on the still-developing state office and how it handles the rollout of the emerging industry, Spinelli called the process very simple and “user-friendly.”

“Instead of making it a competitive process, which is really only advantageous if you’re a very large corporation and you have massive bandwidth to really be able to meet these rigors,” he said. “They obviously need very pertinent information. They need to know that you’re conducting business in a safe fashion that’s going to promote product safety and consumer safety. But, they’ve gotten a lot of boilerplate kind of added out of the equation, which is extremely helpful for small businesses. It makes it where it’s obtainable to actually operate a cannabis business.”

Nightshade Farm began as a horse farm, but Spinelli says he got tired of getting kicked by horses and decided to pivot into growing certified organic vegetables. In 2018, it became a research partner with the state and grew hemp. By 2019, it was solely growing hemp for CBD production.

Until now. Spinelli says legalization was long overdue and is an enormous boon for farmers.

“Anytime there’s a potential revenue generator for a farm, it’s exciting. It’s a struggle being a farm. A lot of us had a lot of pain, because of the hemp industry just absolutely imploding. And so, we were really left in a position where it was like, ‘Is this the end for us? What’s next?’ And so, this was really quite an opportunity.”

He says following the federal legalization of growing hemp included in the 2018 Farm Bill, which legalized the interstate transportation of the product, the market became flooded, which hurt local farmers.

Preparing to start growing cannabis, Spinelli showed me the greenhouse and a currently-empty field that will soon been in bloom. He says because of the downturn, he allowed the fields on his 41-acre farm go fallow, which was a blessing in disguise.

Surrounded by mud from the quickly melting snow, the field is withered today, but will soon become the busy site of freshly planted marijuana crops.

“It’s a great way to kind of alleviate some of the past pressures and a natural manner just allow Mother Nature to reset herself. So, we’re pretty lucky to take a break, especially in in light of the fact that we’re going to be growing cannabis out in our fields. We’re pretty excited that our fields had a good respite.”

Spinelli says production will gear up in June, with the first harvest of the indoor crop sometime in mid-summer.

“It’s phenomenally historical. Giving farmers the first crack at cultivation has never been done in the industry before. And it’s brilliant, because not only do we have horticulture experience, but because of our past as research partners with the state through the hemp program, we’ve built out infrastructure, we have processing capabilities. So, it makes really brilliant sense.”