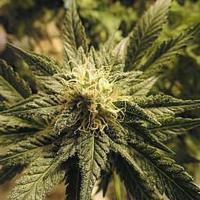 Washington, DC: A super-majority of Americans say that the use of marijuana should be made legal for adults, and most respondents agree that it is less harmful to health than drinking alcohol, according to national survey data compiled by the market research firm SSRS.

Sixty-nine percent of respondents – including 78 percent of Democrats, 74 percent of Independents, and 54 percent of Republicans – support legalization. When asked whether cannabis ought to be permitted for therapeutic purposes, support rises to 92 percent.

Commenting on the polling data, NORML’s Deputy Director Paul Armentano said: “Voters support legalizing marijuana regardless of political party affiliation. At a time when national politics remain acutely polarized, elected officials ought to come together in a bipartisan manner to repeal the failed policy of cannabis prohibition. It is one of the few policy reforms that voters on the right and on the left can all agree upon.”

Sixty-five percent of respondents, including 72 percent of ‘Baby Boomers,’ acknowledge having tried cannabis at least once during their lifetime. That percentage is significantly higher than has been reported in other national surveys. Members of ‘Gen Z’ and the ‘Silent Generation’ are least likely to report having ever used cannabis.

The poll possesses a margin of error of +/– 3.5 percentage points.

NORML advocates for changes in public policy so that the responsible possession and use of marijuana by adults is no longer subject to criminal penalties. NORML further advocates for a regulated commercial cannabis market so that activities involving the for-profit production and retail sale of cannabis and cannabis products are safe, transparent, consumer-friendly, and are subject to state and/or local licensure. Finally, NORML advocates for additional changes in legal and regulatory policies so that those who use marijuana responsibly no longer face either social stigma or workplace discrimination, and so that those with past criminal records for marijuana-related violations have the opportunity to have their records automatically expunged.

Find out more at norml.org and read our Fact Sheets on the most common misconceptions and myths regarding reform efforts around the country